It’s almost a certainty for the fashion industry to “move forward by looking backward”. In 2012, the wheel of time is turning to 1920s.

Two wonderful Oscar-nominated movies have paved the way towards the Jazz age. Midnight in Paris (2011, Woody Allen) brings us back to the good old days of 1920s Paris. Woody Allen leads the audience into the fantasy of meeting various significant 1920s characters like Picasso, Hemingway and Dali.  As expected, it is heavily-loaded with 1920s style. 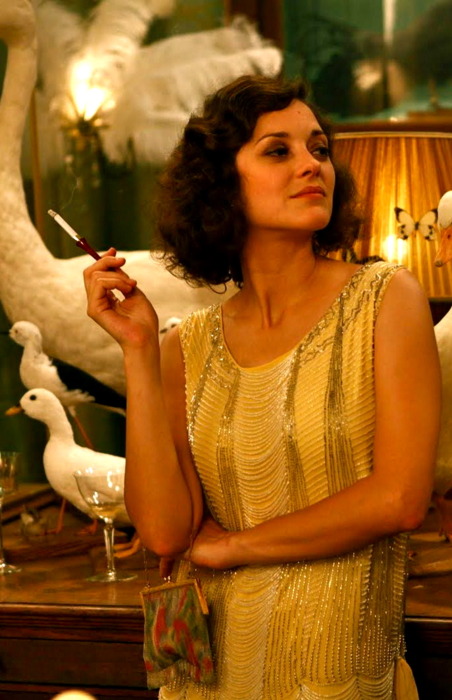 Another movie, The Artist (2011, Michel Hazanavicius), sets scene at late 20s to early 30s Hollywood. Stripping off the distraction of voices (since it’s a silent movie), the costume actually has a better chance to “talk”. One of the memorable scenes for me is the swirling fringes on Peppy Miller (Bérénice Bejo)’s flapper dress in the first few minutes of the movie. Other than that, we can see Oxford baggies, cloche, drop waisted dress, etc; we should credit The Artist for the revival of 20s fashion. 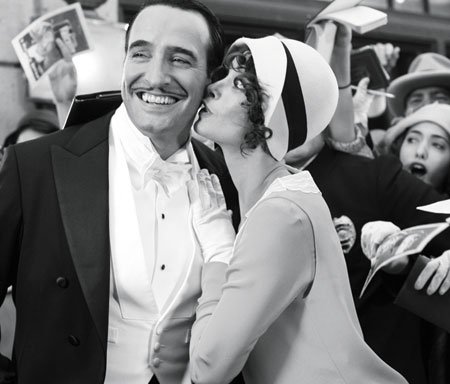 The 1920s hype in film industry is not ended yet. A very anticipated one, the adapted movie of F. Scott Fitzgerald’s The Great Gatsby (2012, Baz Luhrmann), will heighten the sentiment of 1920s when it shows in Christmas this year.

Going back to fashion, many brands such as Gucci, Ralph Lauren and Marchesa, are inspired by 20s fashion in this spring/summer.

The style has been further disseminated by lots of roaring twenties themed editorials in the magazine, just like this one shot by Karl Lagerfeld for Harper’s Bazaar US.

How will this 1920s trend evolve? The art deco pattern pervaded last runway, with Gucci being the biggest advocate. But don’t forget that 1920s also mark the birth of surrealism. With MET’s exhibition of Elsa Schiaparelli/ Miuccia Prada coming, will surrealism be on the rise?

In any case, 2012 has the right mood for 1920s. The roaring twenties is remembered for the economic boom after World War I. If we think it positively, its revival can represent a hope for better economy.  However, I cannot avoid viewing it in a more realistic way. The generation coming of age in 1920s is sometimes referred as “Lost Generation”.  They lost sense of the reality after World War I. Isn’t it the youth nowadays just as disillusioned as those in 20s? They struggles in finding jobs, having their own home. According to the census data of United States released last year, only 55 percent of Americans aged 16 to 29 have jobs. Problems in Europe are more severe. According to Eurostat, 51.4% and 43% of those aged 16-24 are jobless in Spain and Greece respectively. Even for the university graduate, they have to settle for unpaid or poorly paid jobs. In Japan, the recession results in unhealthy phenomenon of hikikomori (social withdrawal), freeter (young adults who just have freelance or temporary job), and high suicidal rate.The youth have lost sight of the future.

In the 1920s, the flapper dealt with the disillusionment with cutting bob hair, throwing away the corset, wearing short skirt and going out to dance Charleston. The dissatisfied artists and intellectuals went to Europe and built new form of art and literature out of dissent towards society. In 2012, what the way out for the youth is?

Strategist, Entrepreneur, and Nutritionist. Creating a future that businesses and people can thrive. View all posts by Hes